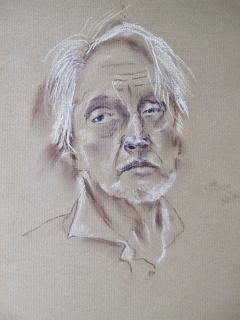 What she would resolve to do that day did not yet seem quite clear, but something that she could achieve stirred her as with an approaching murmur which would soon gather distinctness.

Although she is not featured in the film, it is worth mentioning, by way of a postscript, the prominent socialist and feminist Dame Margaret Postgate Cole who lived at 7 Parsifal Road, West Hampstead from the late 1920s to the late 1930s. She established the Society for Socialist Inquiry and Propaganda in 1930 and the New Fabian Research Bureau the following year. She was also a champion of comprehensive education. She produced a large body of work on politics, economics and Labour history and her autobiography, Growing up into Revolution, is considered a beautifully written classic of the genre.

In 1918, she married G. D. H. Cole, who was regarded as the most influential socialist thinker of the period. Margaret consistently pursued married women’s right to work and equal pay and wanted to find ways of making married women’s role compatible with a successful career. With her husband she wrote twenty-nine detective novels.

Margaret Cole is also famous for writing, in November 1915, the one of the first anti-war poems from a woman’s perspective.

Today, as I rode by,
I saw the brown leaves dropping from their tree
In a still afternoon,
When no wind whirled them whistling to the sky,
But thickly, silently,
They fell, like snowflakes wiping out the noon;
And wandered slowly thence
For thinking of a gallant multitude
Which now all withering lay,
Slain by no wind of age or pestilence,
But in their beauty strewed
Like snowflakes falling on the Flemish clay.
Posted by Edward Petherbridge at 5:10 AM